Stereo Blindness: Why Vision Therapy Is a Good Idea

6 to 12% of World’s Population Have Stereo-Blindness

Not everyone perceives the world around us as the same. If you can remember your time as a young preschooler, you learned how to draw stick figures, birds, trees, flowers, and even the sun in two-dimension form. Some of us, to our utter dismay, still draw the very same way as we did when we were five. Now, imagine seeing the world around you as you would see it on paper in a 2D drawing or painting, instead of the normal, three-dimensional manner that most of the world’s population can see. This condition, which affects approximately six to twelve percent of the world’s population, is popularly known within, as well as without, the medical world as stereo-blindness.

What, then, does it mean when your optometrist diagnoses you or your child with stereo-blindness? As stated above, stereo-blindness is just another word to describe an individual’s lack of three-dimensional depth perception, better known as a lack of 3D vision. Normal vision merges the two slightly different images that are captured within each eye into one three-dimensional image. When one has stereo-blindness, his or her eyes fail to collaborate with one another in order to form a normal 3D image of whatever is being looked at. This eye collaboration, or eyes’ ability to work together, is called binocular vision—“bi,” of course, meaning two.

One of your eyes is approximately three inches away from the other. You have probably noticed that when you shut your left eye, leaving your right eye to gaze at a set image, and then shut your right eye while reopening your left, doing this action two or three times consecutively, you are seeing two different pictures of the same image, a slight left angle of the image and then a slight right angle. This is normal. A most interesting note about individuals with just one eye is that they have the proper 3D depth perception as do those with two eyes. That is, unless they have also been professionally diagnosed with stereo-blindness. This is called monocular vision—“mono” meaning one. 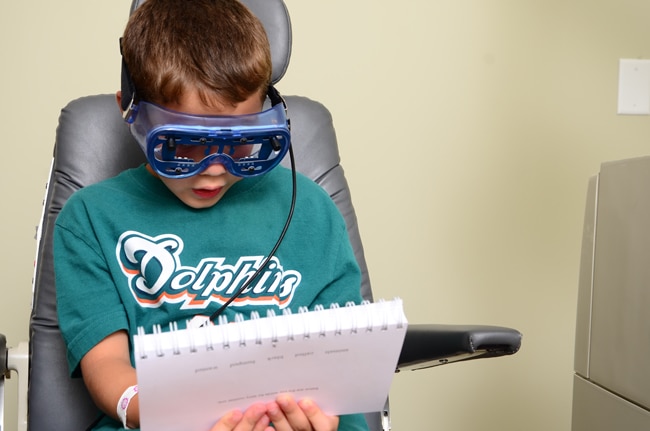 If you suspect that you or your child may suffer from stereo-blindness, making an appointment to see your local optometrist should be your top priority. You or your child will need to undergo multiple sessions of vision therapy. If your optometrist does not offer the option of vision therapy, as some do not, you must find an optometrist that does offer this beneficial service. If you are or your child is unable to see in normal three-dimensional planes, lacking stereo vision, opportunities to live a normal life may evade you.

Not being able to experience 3D vision as the majority of the world’s population does can limit your ability to be an effective team player within a sport. This can be detrimental to anyone, especially a young and naturally active child who loves to play, or who sees themselves playing sports in school with their friends. The lack of 3D vision will also take away your privilege and freedom to drive a motorized vehicle. Some people who suffer from stereo-blindness also have trouble reading and may fall behind in school because of their “disability.” Processing all types of information on TV, on paper, or on the white board in school can, unfortunately, limit a person from finding a job that they like, are good at, or may be a good prospect for them if they, otherwise, did have normal 3D vision.

Improving or Even Curing Stereo Blindness

Vision therapy for stereo-blindness is especially effective for children with the problem, but recent scientific research has discovered that you can “teach an old dog new tricks,” in regard to improving stereo-blindness or even curing the problem in adults. The research essentially states that neuroplasticity within the adult brain gives an adult’s reflexive or automatic disorder an ability to be corrected through exercises administered by an optician. A common stereo-blindness test is called the Randot Stereo Fly Test. The test consists of the doctor placing a three-dimensional image of a fly on a normal 2D plane of paper and asking the patient being administered the test to try to pinch the wings of the fly. If the patient sees the wings of the supposedly 3D fly in the plane of the paper (2D) instead, they will be officially diagnosed with stereo-blindness. 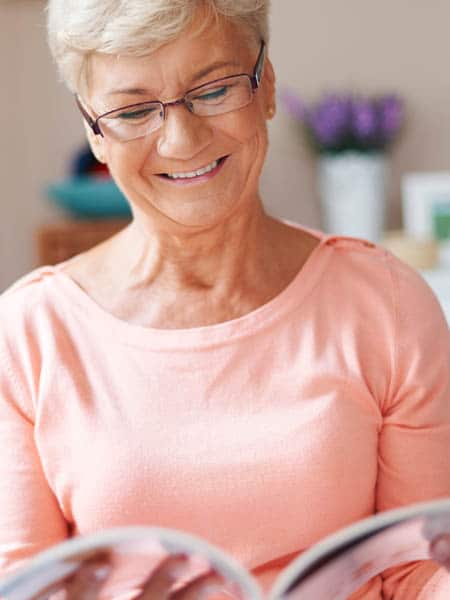